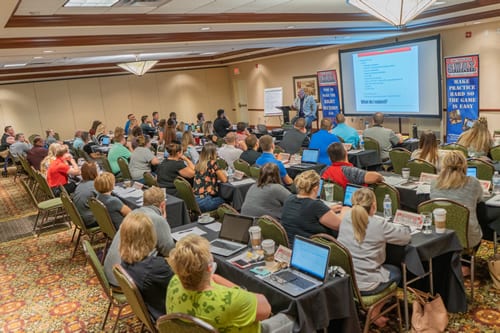 Agency Auto Pilot is intended for agents who have attended Kirk Fuqua’s S.W.A.T. class in the past and are looking to implement the processes learned in class.

Insurance Agent with Over 20 years Experience

A Message From the Creator

Originally from Deville, LA, Kirk Fuqua received his Bachelors and Masters in Criminal Justice from NLU in Monroe, LA. After serving as a detective on the Federal Narcotics Task Force, he started his insurance agency in January of 2008 in Edmond, OK. Kirk has also been teaching S.W.A.T. (Solutions with Accountability Tactics) classes since 2011. In its success, his agency has been in the Chairman Circle every year since 2009 and won the President’s Club Award in 2013, 2014, 2015, and 2016 while Kirk developed S.W.A.T. and THE FUMARKABLE EXPERIENCE. These resources have helped thousands of agents and team members develop more in-depth systems and processes to reach new heights of success. He is also a highly sought-after speaker, having obtained hundreds of speaking engagements across the country since 2009.